As It Happened – Relationship Status Investigation

Sometimes I wonder if technologies have helped us in making our life simpler or it has made it more complicated. Whether social media and social applications are meant to bring us closer to one another or to drift us apart? What do you need to know about an individual before you start giving your trust to them? Do you think if you talk to people once in a month, chat with them on WhatsApp every day and meet them once or twice in a year, is enough to trust them? If your answer is yes, then read further.

It was Friday night at around 11 PM when I received numerous messages on my WhatsApp from my friend, Sheetal Katkar, asking me to investigate about and get some information about Dronesh Mishra, who is based out of Nagpur. I was feeling very sleepy and at that point of time, I didn’t even care to read the entire text.

I know Sheetal for last 12 years. We might not be best of the buddies but we know enough about each other to fit into the definition of friendship. She is from Nagpur. In last 12 years, there were occasions when we didn’t communicate with one another for a couple of years and there were occasions when we stayed in touch on a daily basis for 7-8 months in a year. Sheetal is 35 years of age and working in Bangalore in the back-office of a leading bank.

Next day morning while taking my morning tea, I read the entire text shared by Sheetal on my WhatsApp. However, I decided to verify few details before wearing my investigation hat. “Who is this Dronesh? Why do you need to know about him? How did you know him?” I asked.

“Dronesh is known to my sister, Pooja since December 2014. She found him on one of the leading matrimony sites. Pooja is working with Software Development Company in Bangalore; while Dronesh is working in Delhi with an IT giant. They want to get married. Only once did I meet this guy and I found him decent. He is in touch with me through WhatsApp. However, we don’t know much about him. We don’t know his address. We don’t know about his family. And most importantly, we don’t know if he is single or already married,” she summarized.

“What do you know about this guy”?

“What does Pooja know about him? How often do they meet?”

“They have met on few occasions. They usually stayed in touch through WhatsApp, Google Talk, and daily phone calls. She knows about his family. He has widow mother. She knows about his job and about his future plans, etc. Having known to each other for last one year, now they want to get married. Even his mother is asking him to get married soon. He is already 35 years of age; while Pooja is 31 years old”.

After about half-an-hour, I called her up.

“Sheetal, this guy doesn’t seem to exist. There is no one with this name on Facebook, or Twitter, or LinkedIn, or Instagram, not even on any Job Portal”.

“That’s what. He is not on social media sites. He says that he don’t like to be on FB and Twitter, it’s waste of time. He doesn’t want to be on LinkedIn because he doesn’t need it. That’s the challenge. How can we find out about him without his knowledge? We don’t have common friends. Pooja has already spoken to our parents and they have given expressive approval but even they need to meet his family and parents”.

In today’s world, when CEO’s of Fortune 500 companies are on LinkedIn; when everyone is on FB and Twitter, he is not there. He is working for an IT organization. That’s very strange. But what should I do now? That’s my challenge.

“Are you sure”, I asked. In a case of any doubt, ask your sister to reconfirm.

After half an hour, she called back and reassured one of them as Dronesh.

For a moment, I was speechless and didn’t know how to react and what to say. The guy Pooja was meeting as her probable future husband, Dronesh was in real Ranjeev Singh Thakur. He wasn’t working with IT giant, as claimed by him but working with a Financial Service Company as Area Sales Manager.

Anyways, I called up both the sister, took them in a conference call and broke the news. They were equally shocked as I was.

Another fact that I found from his Twitter post was a fact that he was married 2011. Whether he is still married or not, I am not sure but he was married in 2011. Ranjeev has created a Gmail account with the name of Dronesh Mishra and he was using this identity to register on matrimonial and other social sites. Through this identity, he was communicating with at least ELEVEN females from across India.

At the end of it, I was uncertain of my emotions. Should I feel happy to have saved the life of a female OR should I feel sad for creating more problems for her?

The investigation was one part of this story. The complicated and more dangerous part was the confrontation, realization, and acceptance. At first, Dronesh refused to accept his identity as Ranjeev. But when we asked him to show his passport or Pan Card or Bank Account Statement, he accepted it. He apologized to Pooja and asked her to marry him. He further said that he has divorced his wife in 2013.

Pooja was hurt. She felt cheated. She didn’t want to keep any communication with him. As we say in the language of social media, she blocked his number. He wasn’t an easy net to crack. He began to stalk her. He threatened her to leak their intimate pictures and videos on the internet. Finally, we took the help of police. At the time of writing of this story, he is in jail for last SIX months.

From this case, few things are very clear –

1) Though there are no right or wrong ways of dating and while dating you don’t carry identify or address proofs. Yet, I think you can find the real identity of an individual after 2-3 meetings.

2) On one side, where social media has given a platform to increase your visibility and create your personal brand; it has also given new masks to fraudulent people and criminals to hide their identity.

4) No matter what is your age; relationship development takes time. Where you find someone rushing into things then that is an indication for you to be alert and extra cautious. Relationships are another name of patience.

5) Lastly, break-ups, hurts, cheating, are parts and parcel of life. Don’t let it dent your passion for life and love for yourself. It is not an end of a world. It is a new beginning.

(This story is based on a true incident. Names of people and places have been changed to protect the identity.) 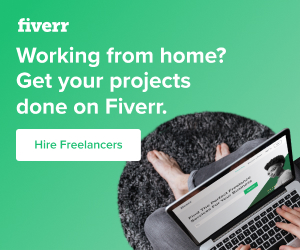